Curlew migration across the North Sea

To learn more about Curlew flight and migration patterns, Bureau Waardenburg will tag Curlews in the south of England with GPS GSM loggers. The resulting GPS data can be used to refine collision models and establish a clearer picture of the size of the population migrating across the southern North Sea. 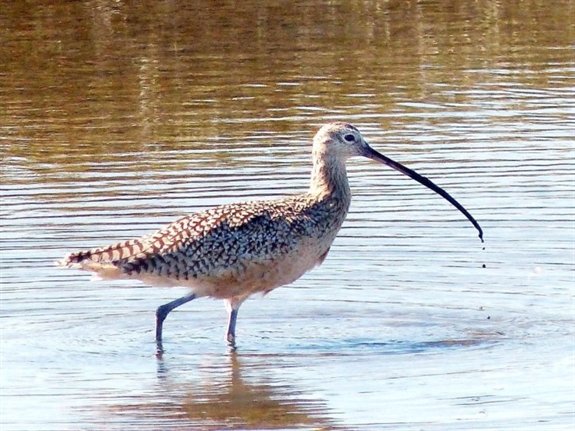 Common Curlews fly between the United Kingdom and the Wadden Sea during their seasonal migration. They can encounter wind farms along the way. The Framework for the Assessment of Ecological and Cumulative Effects (KEC 3.0) (Gyimesi et al. 2018) shows that the risk of collision is a potential threat to the Curlew population. However, we still lack information about Curlew flight and migration patterns and so Wozep has included this research question in its programme. Bureau Waardenburg will study the birds’ flight and migration patterns in order to map the flight routes of Curlews across the North Sea by using GPS GSM loggers to identify preferred routes, flight heights, speeds and night flight patterns. The goal is to improve collision models for calculating mortality associated with wind farms and also to generate more information about the Curlew population that uses the Dutch/southern North Sea area.

It is impossible to know what direction Curlews tagged in the Netherlands will take. In order to log actual migration over the North Sea, then, it was decided to catch the Curlews and fit them with GPS GSM loggers in England. Bureau Waardenbrug will work with the local ringing group in the South of England (Hampshire and The Solent), which has extensive experience with this kind of work. The fieldwork (catching, ringing and tagging the Curlews) will take place in January/February 2020 and the initial results will be presented later that year.