Radio telemetry to track bat migration in the North Sea

Birds are not the only animals prone to collide with wind turbines. Bat detectors have demonstrated the seasonal presence of migrating bats on the North Sea. The bat detector programme launched in 2013 has now been extended to other locations, both on- and offshore.

Bat detectors have their limitations: they cannot distinguish between individual bats. We therefore need more information to determine if and how offshore wind farms impact bat populations. Given all the unknowns about bats and offshore wind farms, it has been necessary to err on the side of caution with the mitigation measures adopted to protect them. The more we learn, the more we can decide how effective these measures are and identify potential improvements. 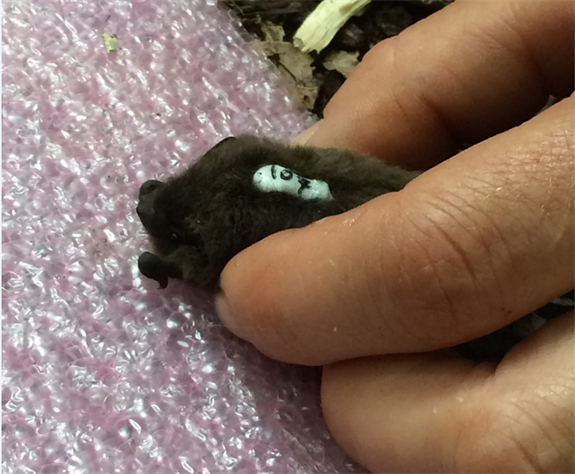 In 2016, Wozep and Wageningen Marine Research launched a pilot project with radiotelemetry technology. The aim was to follow bats, and track the routes travelled as precisely as possible, with a network of receiver stations that monitors transmitters attached to different animals. The pilot study determined the capabilities and performance (such as range and triangulation) of the receiver stations, transmitters and tracking algorithms. A survey of prospective locations for receiver stations was also made to assess the potential options for full deployment on the coast and offshore. No animals were yet fitted with transmitters at this stage of the research. The results were promising enough to warrant the roll-out of an actual field programme with Nathusius’ pipistrelles (the most abundant migrating bat species offshore on the North Sea). The new programme involves making observations with radio transmitters in the late summer and autumn of the 2017-2020 seasons. The bats are being tracked to find out in more detail how individuals choose their migration route along the Dutch coast and/or over the southern North Sea. 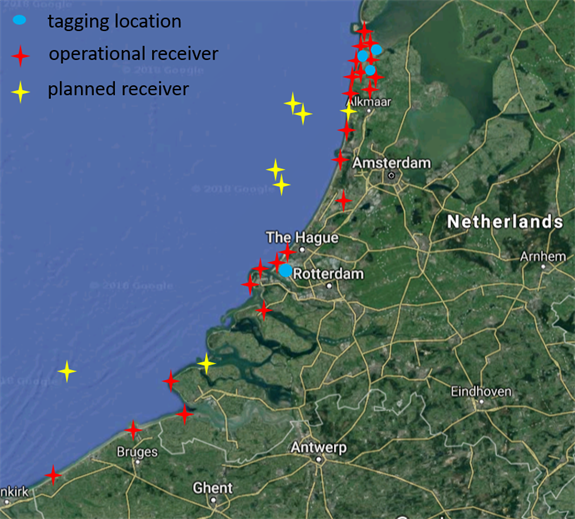 Wageningen Marine Research started on the installation of several receiver stations in 2017 and a small number of bats were equipped with a transmitter in the autumn to test the system. The network performed as expected and more receiver stations were installed in 2018, bringing up the total to 20. Approximately 150 bats (including some common noctules) were fitted with transmitters and, although full analysis will not be complete before 2019, it is already clear that very valuable data are being collected. Not only about departure times and migration directions, but also about other factors relating to migration and ecology: weather conditions at departure, differences between males and females, young and adult animals, etc.

Learn more about the start up of the project
Delen