Shipping in the North Sea is vital for our country. Dutch seaports are hubs in international transport chains. The shipping and port industry and services are among the main pillars of our economy. With a minimum of incidents, the busy shipping traffic in the North Sea runs smoothly and safely, thanks to an ingenious and internationally approved system of sea routes and traffic separation schemes. 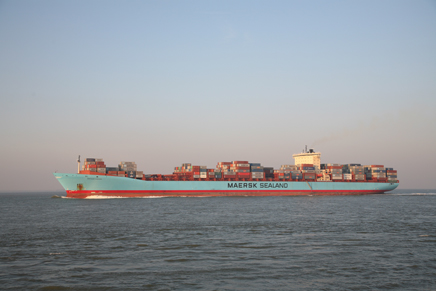 The total of 3,600 km2 of sea routes, approach areas and clearways may not conflict with other uses. The biggest chance of that happening is in areas that are also suitable for oil and gas extraction and for establishing wind farms. The Netherlands must submit a thoroughly prepared shipping route relocation plan to the International Maritime Organisation (IMO).

On 1 August 2013, Rijkswaterstaat modified the shipping routes in the Dutch part of the North Sea in close consultation with maritime partners. This was the world's most intensive route change at sea so far. The adjustments were preceded by a long process of national and international preparation. On 29 November 2012, the IMO approved the Dutch plans. The adjustments were needed to optimise the safety of shipping traffic, to improve the accessibility of the mainports and to increase the efficient use of the space in the North Sea. The new routes ensure that the ships can keep an optimal, safe distance from each other, from oil and gas platforms and from future wind farms. A traffic separation system (VSS) has been introduced close to IJmuiden. In addition, the route changes also result in contiguous areas becoming available for other functions, such as the generation of wind energy. The new navigation charts and ENCs were published mid-June 2013 and are for sale via the usual channels. The Notices to Mariners (NtM) and sales offices of navigation charts can be found on the website of the Hydrographic Service and on the website United Kingdom Hydrographic Office (UKHO). It is the responsibility of every commander on board to have the most recent navigation chart at hand.

The waterways must continue to comply with all the requirements in order to guarantee a smooth and safe voyage. There are two dredged access channels: the Euro-Meuse channel to Rotterdam/Europoort and the IJ channel to IJmuiden. That means focusing on the right profile and the soil in the navigation channels. As a rule, that involves inspecting the soil condition by means of surveys and performing maintenance dredging work at those locations where the channel has been made shallower. It also means ensuring that there are reliable shipping lane markings.
The operational nautical management outside the port call areas will be implemented by the Coastguard.

Interaction with other uses

In principle, fishery, surface mineral extraction and pleasure craft are also permitted on shipping routes, although fishing and pleasure craft prefer to avoid these shipping routes. Because these functions are possible in practically the entire North Sea, they are currently not limiting for shipping.
The interaction between shipping and cables and pipelines only plays a role with regard to ships dropping anchor. Although in principle cables and pipelines are positioned in such a way that they do not form an obstacle for other uses, anchoring on cables and pipelines should be avoided wherever possible. New cables are therefore added to shipping charts as quickly as possible.

Intensive harmonisation with the shipping sector

When planning shipping routes and anchoring areas, in addition to safety for shipping nature (areas) and the other user functions such as fishery, oil and gas extraction, pleasure craft and surface mineral extraction, are also taken into account.
When planning and designating wind energy areas, there is always intensive harmonisation with the shipping sector. Wind farms often take up a lot of space and are at sea for decades. The same goes for oil and gas platforms above the water surface, which will be in use for years. When planning and granting permits for wind energy and oil and gas activities, the expected developments in the shipping sector are taken into account as much as possible.

The supply of nautical information to shipping is of vital importance for safety and smooth passage. This is partly static information, such as maps on the fairway and waterways. However, it also includes dynamic information about everything that constantly changes, such as the traffic situation in approach areas, but also the weather, the water level and the swell. For example, every day the Hydro-Meteo Centre of Rijkswaterstaat calculates the period around the flood in which the deepest draught vessels can safely navigate the Euro-Maas channel.

Information for the manager

The provision of information on shipping to the nautical manager is also important. This concerns the name and dimensions of the ship, its position, speed, destination, estimated time of arrival and cargo. The latter is particularly important if a ship is transporting high-risk and hazardous substances.
The system of messages has been improved greatly in recent years due to the mandatory use of new techniques, such as the Automatic Identification System (AIS) and the introduction of the European reporting and tracking system SafeSeaNet.

The regulations to protect the marine environment have been gradually tightening for decades. The reason treaties, laws and regulations in this field require a lot of time is due to the global nature of the shipping industry. Whatever has been agreed within the IMO or Europe is effective only if all seafaring nations include it in their laws and regulations and actually enforce these rules.

The IMO Convention for the Prevention of Pollution of the Sea by Oil (MARPOL) is the international umbrella organisation for almost all marine ecological management. Through the years, several annexes have been attached to this treaty in order to expand its effect to types of pollution other than oil. For example, Annex V stipulates a total ban on the discharge of waste and Annex VI proposes standards for emissions by means of combustion gases from nitrogen, sulphur and substances that deplete the ozone layer. The MARPOL regulations have been worked out in Dutch legislation in the Prevention of Pollution (Shipping) Act. This act also regulates the use of port reception facilities for ship's waste and oil. 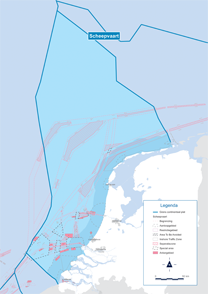 Short Sea Shipping in the EU