To maintain the depth of the navigation channels at sea, the sea bed must be dredged regularly. The Soil Quality Decree regulates what must be done with the released dredging spoil. It then makes a difference whether sand is dredged from the coastal base (the zone between the sand dunes and sea dykes and the ongoing Amsterdam Ordnance Datum -20 metre isobath in the sea) or whether it comes from outside the coastal base. 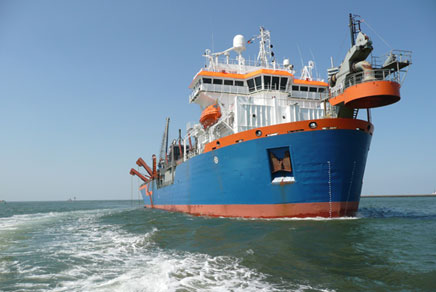 Sand originating from the coastal base must be kept in that zone. It is deposited in distribution compartments (wharves) in the immediate vicinity of the place where it was dredged. Sand from trenches outside the coastal foundation can serve as filling sand.

Interaction between sand extraction and the distribution of dredging spoil 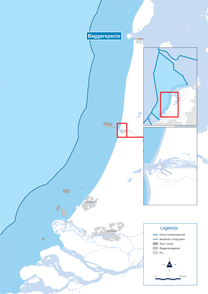