More and more, the use of the North Sea is being influenced by autonomous trends and global, European and national developments. The effects of these influences require tighter control, an integral assessment of the different types of interests, and a balance with the marine ecosystem. The Government regards shipping, sand extraction for sand replenishment, oil and gas extraction, the generation of wind energy, CO2 storage and defence exercises as activities of national interest. 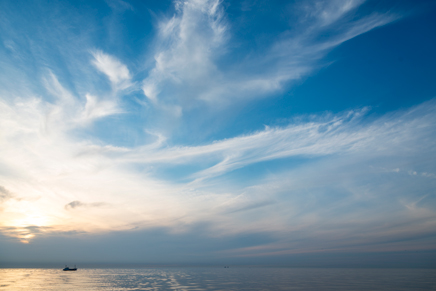 For each of these functions, the development strategy map in the National Water Plan (NWP) indicates the areas in which they can be performed. Other activities may not impede this use. When there are several activities of national interest taking place in the same area, the Government is aiming for the combined and efficient use of space, where possible. In addition, rules have been agreed on how to deal with possible conflicts between activities of national interest. Furthermore, in the NWP, the designated (and possibly still to be designated) Natura 2000 areas and the spatial consequences of the policy for the protection of marine ecosystems are displayed in terms of space.

Management and use of the North Sea

The implementation of this policy requires a great deal of human effort. Numerous Ministries and around 250 organisations and institutions are involved in this implementation. In practice, they are guided by the regulations for the management and use of the North Sea. That set of instruments consists of laws, agreements, treaties and EU regulations. For the management practices, see also the Management and development plan for the national waters 2016-2021 (pdf, 24 MB) (in Dutch).

Multiple use of space on the North Sea

The Government is aiming for the efficient (multiple) use of space. For new activities, the informal preliminary consultation with the competent body is regarded as the start of a process to achieve optimal integration. If necessary, other interested parties can also be involved. As the competent body, the government makes the final assessment, even if the initiators are unable to arrive at an amicable solution during the preliminary phase. The Government also decides on the conditions under which the various initiatives are possible in the same area.
The permit application is no longer the starting point but the formal final element of spatial management.

The multiple use of space is also one of the basic principles of the Dutch North Sea policy and one of the test elements (step 2) in the assessment framework. The table ‘Interactions between designated uses’ (pdf, 38 kB) displays at a glance which designated uses can be important in the same location or area on the North Sea. That does not automatically mean that those functions then get in each other’s way or otherwise impede each other. In a number of cases, a combination of functions is possible and can even result in mutual benefits.
More information about interactions

The North Sea Days conference was held in Vlissingen on 1 and 2 October. This is an annual conference at which scientists, policymakers and the business sector meet and share information related to research and the use of the North Sea. The theme this year was "Knowledge for Management’. To open the conference, this opening film was shown to an audience of more than 150 attendees. The aim of this opening film was to show why we do what we do. Because the North Sea is an inspirational workplace! 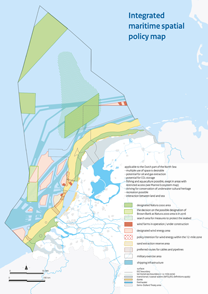 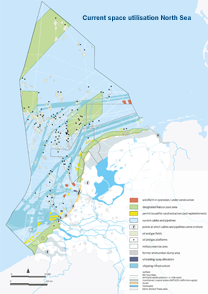