The North Sea is home to a valuable archaeological heritage. Through the centuries, countless ships have sunk here. The wrecks of those ships are now scattered over the bottom of the North Sea like veritable time-capsules. In the distant past, ten thousand years ago, the North Sea was not yet a sea and our remote ancestors lived in this area as hunter-gatherers. The material remains of human activity in the North Sea provide us with an important source of knowledge about our past. As long as these relics remain on the seabed, they can be preserved for thousands of years or even longer. 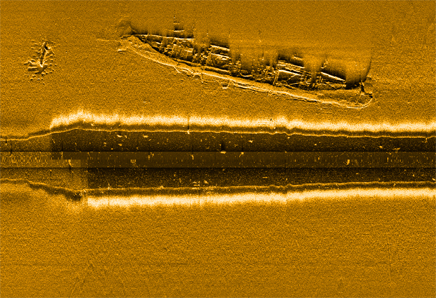 However, increasing spatial developments at sea mean that there is an ever increasing risk that valuable archaeological sites will be lost forever. In addition, the deliberate plundering of wrecks for their precious cargo or – in the case of more recent wrecks – for their scrap-metal value, is on the rise. Increasingly advanced detection and salvage technologies mean that wrecks, even those at greater depths, are becoming more and more accessible.

The North Sea has an important socio-cultural and historical significance for the Netherlands and is an invaluable source of knowledge. In the Vision for Heritage and Space, one of the objectives for the North Sea involves positioning the cultural heritage properly in terms of spatial developments on the North Sea.
The task is to conserve archaeological values. This can result in areas of tension with activities of national interest. By drawing up an inventory of archaeological values in good time, it is usually possible to assimilate archaeological sites and in that way combine them with other uses of space. If this is not possible, the scientific value can be preserved by excavating the sites of archaeological interest.  The information obtained in this way can be recorded in a basic report that scientific institutions can use to conduct fundamental scientific research. The party disturbing the seabed (the ‘disturber) is neither responsible nor financially liable for this scientific research.
The government policy is based on the fundamental principles of the Valetta Convention (also known as the Treaty of Malta), which aims to protect archaeological heritage as a source of Europe’s collective memory and as a resource for historical and scientific studies. In particular, it aims for maximum retention of items of archaeological value in the seabed (in situ), a reporting obligation for archaeological finds, the need to take archaeological interests into account in spatial planning and the guarantee that environmental impact assessments and the resulting decisions take sites of archaeological interest and their context into consideration. Finally, the basic principle is that the costs of the requisite archaeological study should be passed on to the party disturbing the seabed (the ‘disturber pays’ principle). 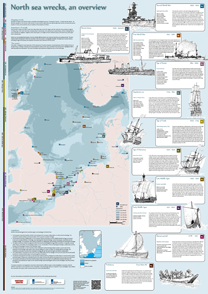 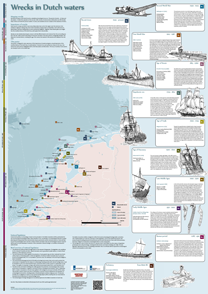