The North Sea is home to a wide range of organisms; this divergence is partly the result of differences in water depth, nutrient intensity, salt content, current and seabed composition.

The Dutch North Sea Policy aims to ensure that the North Sea will continue to be a clean, healthy and productive sea in the future. The ecosystem is functioning optimally and is resilient, the water is clean and the use of the North Sea is sustainable. In that way, the North Sea offers perspectives for nature and the environment but also for economic activities.

Locally, organically-formed hard soil substrates, such as shellfish beds and tubeworm reefs, have developed. They have created breeding grounds and habitat opportunities for other (returning) species. The nutrient intensity allows for a varied food web of bottom-dwellers to top-predators such as sharks, porpoises and seals. The sustainable utilisation of natural resources of the North Sea is within the carrying capacity of the ecosystem. (source: Draft North Sea Policy Paper).
To achieve this, the policy focuses on habitat protection, species protection and the implementation of the Marine Strategy Framework Directive.

The Bird and Habitat Directives, the Marine Strategy Framework Directive and the OSPAR Convention stipulate that offshore areas with special ecological values must be protected. In the long term, the protection of these areas should lead to a cohesive network of protected offshore areas.

Along the coast, a number of Natura 2000 areas have been designated. These are the North Sea Coastal Zone, Voordelta, Vlakte van de Raan and Deltawateren. Management plans will be drawn up for these areas in 2015. These management plans include measures for achieving the conservation objectives and they regulate which activities can or cannot take place under certain conditions.
In Vlakte van de Raan and the North Sea Coastal Zone, the measures are based on the Fishing In Protected Areas (VIBEG) agreement entered into between the fishery sector, nature organisations and the national government. In this way, a number of different zones have been identified in which fishery is regulated. One important point in the VIBEG agreement is that fishing with tickler chains will no longer be permitted in both areas from 1 January 2016.
Natura 2000 areas will also be introduced in the Dutch EEZ. It is expected that the Dogger Bank, Cleaver Bank and Frisian Front will be designated in 2015. The designation of the Brown Bank will follow later.

The areas Central Oyster Grounds and Frisian Front have been designated by the Government as search areas for introducing spatial measures for protection of the soil ecosystem in the framework of the Marine Directive. These measures will be defined at the end of 2015 and will be realised in 2016.
The European Marine Strategy Framework Directive Monitoring Programme (Marine Strategy part 2) includes an extensive package of monitoring activities that focus on the condition of the North Sea environment and on the effectiveness of the measures. A zero measurement will be conducted in 2015, which will then be updated every year.
Using the collected monitoring data, evaluations of the marine strategy and the development of a good environmental status will be made. The first evaluation is planned for 2018, when the initial assessment of the marine environment will be updated. This assessment will be partly drawn up together with the other North Sea countries on the basis of common indicators that have been developed in the context of OSPAR. It will include a set of biodiversity indicators.

Natura 2000 and the Flora and Fauna Act

In addition to the general environmental policy (such as the policy related to water quality), the policy for the protected species of the North Sea will mainly be realised in the framework of Natura 2000 and application of the Flora and Fauna Act.
A specific porpoise protection plan (pdf, 4 MB) was drawn up in 2011. This plan is aimed at contributing to the beneficial conservation objectives for porpoises. Research will be carried out into the consequences of by-catch and underwater noise on the porpoise population.

Conservationplan for the Harbour Porpoise Phocoena phocoena in The Netherlands 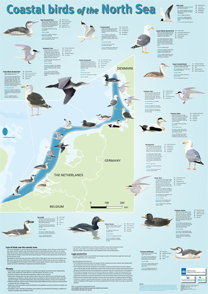 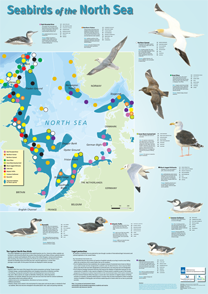