Studies of bat migration across the North Sea have yielded fascinating new information, as shown by the interest from research colleagues from the UK. 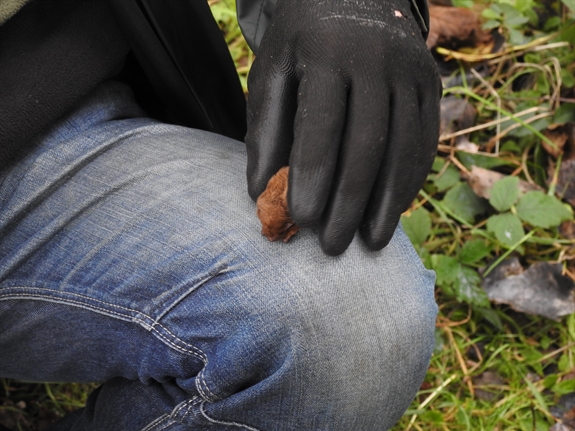 On 19 October, Wageningen Marine Research, under the supervision of Sander Lagerveld, organised the final Wozep tagging campaign in 2019 for Nathusius’ pipistrelles, with assistance in the field from Jan Boshamer and Karina Stienstra. The aim of the research is to identify the migration routes of this small migratory bat species in late summer and autumn, ultimately to quantify the impact on this species of wind farms on the North Sea.

At this particular time of year, female bats migrate westwards from as far east as the Baltic States (and possibly further). On their way west, they look for territorial males in order to mate before moving back east in spring to give birth.

To everyone’s surprise, it has become apparent since at least 2012 that a quite substantial number of Nathusius’ pipistrelles that migrate west in the autumn actually continue westwards after reaching the mainland coast of Northwest Europe. Bat detector observations from offshore installations (such as platforms and wind farms) have shown this and actual crossings to the UK have been confirmed by recoveries of ringed individuals. 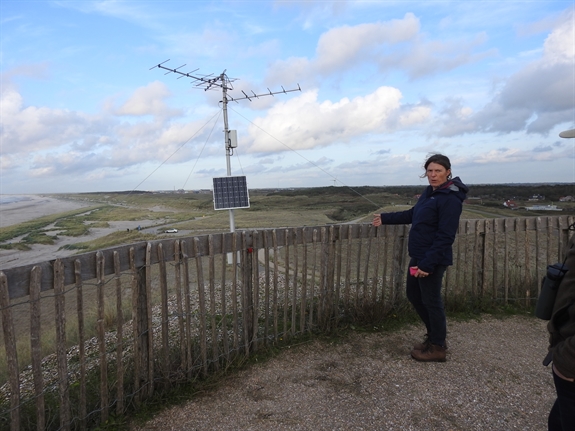 The tagging of the bats (mostly females), in combination with a fixed network of receivers around the catching locations (mostly in special ‘bat boxes’ managed by Jan Boshamer) and along the Dutch and Belgian coastline, is providing us with exciting information. We are learning which migrating bats actually follow the coastline southwards and which continue straight out to sea, possibly exposing themselves to a risk of collision (or barotrauma) in offshore wind farms.

International exchanges
This innovative approach to determining the migration paths of Nathusius’ pipistrelle has awoken the interest of the Professor of Environmental Biology at the University of Sussex, Fiona Mathews. She has been working for well over a decade now on the potential conflicts between protected species of bats and onshore wind farms in the UK.

Professor Mathews joined ‘our’ Wozep ‘bat team’ during the final 2019 field campaign with the intention of exchanging impressions and experiences in the delicate field of applied bat research. It turned out to be a very fruitful day on which much information was shared: from ways of actually quantifying bats’ flight paths by triangulation and the enormous advantages of a fixed network of receivers over hand-operated receivers by field workers (particularly those working at night) to the actual type and brand of glue used to attach the tags to the bats. 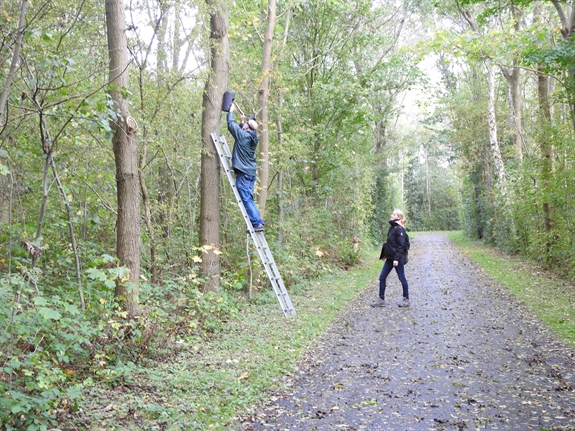 Sussex workers have been radiotagging bats, but only with hand-operated receivers. With initial guidance from Wageningen Marine Research, the first fixed receiver stations have now been installed in Norfolk (UK). As in the Netherlands, they are connected to the ‘Motus’ network (developed and operated by Bird Studies Canada for establishing migration patterns in small birds and bats; https://motus.org). This means there are now more opportunities for the Sussex researchers to connect as well.

The UK seems to have only a small and very reduced local resident population of Nathusius’ pipistrelles, most of which is actually dependent on the influxes from the European mainland. Fiona Mathews wanted to see with her own eyes how the bats are being caught and handled in this Wozep research programme.

Other topics discussed on 19 October included the use of stable isotopes to determine the origins of the bats in an east-west gradient (taking into account that fur and wing tissue are replaced at different stages of the bats’ lifecycle) and the recovery of dead bats in onshore wind farms with trained dogs. The Sussex workers already have experience with both techniques.

Finally, Fiona pointed out that roughly one third of the UK onshore wind farms investigated produce hardly any bat casualties; another third had alarming numbers and numbers for the final third were in between these two extremes. An average of approximately two casualties per turbine per month was found overall, which is indeed alarming! So far, the UK researchers have not been able to find any clues about whether there are clear differences in landscape factors (such as forest habitats) that may explain these remarkable variations.